The weeks leading up to the Philadelphia Eagles Super Bowl LII victory on February 4 were exciting for the entire Philadelhia region, and the classrooms of Neshaminy were no exception. Throughout the district, schools used the excitement as an opportunity to celebrate unity, teamwork, community and even raise some funds for charitable causes.

Teachers and students throughout the district contributed video clips of the Eagles fight song, Fly Eagles, Fly which were edited together to create the video seen above. Watch for a surprise ending from Neshaminy HS students!

This video was shared with the community and viewed nearly 60,000 times.

Neshaminy High School students also participated in a Friday afternoon rally held at the Middletown Township Building, sponsored by the Middletown Department of Parks and Recreation. Members of the cheerleading squad along with NHS Football Coach Wilmot and some of his team members attended the rally, which had a good turnout despite wind-swept, frigid weather. Pearl S. Buck Elementary School Counselor Rob Crozier entertained the crowd by leading some of the children in attendence in an 'Electric Slide' dance. 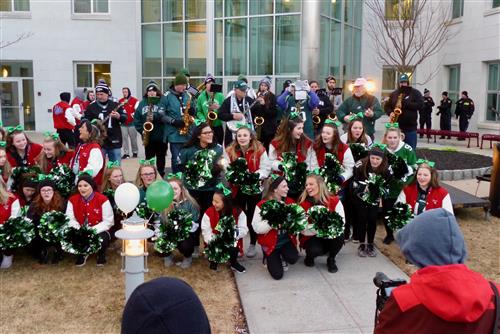 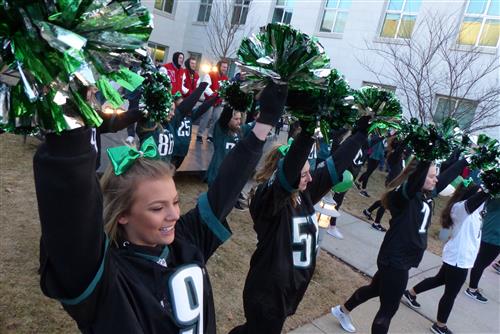