On Monday May 15, Maple Point held a memorial indoor hockey tournament in honor of Patrick Ryan Gannon, a student who died in a tragic accident in the summer of 2016. Patrick was an avid hockey player who played for two teams, and his family, friends, teammates, fellow students and Maple Point staff members all came out to show their love and support for the Gannon family.

The goal was to raise money to install a memorial trophy case at Grundy Arena, where Patrick often played hockey. Maple Point students and staff donated money to play for one of the teams in the Pucks for Patrick tournament, a small admission donation was charged, and a number of raffle baskets with Flyers and other prizes were on display. Maple Point families also donated food which was sold during the tournament. Team t-shirts in multiple colors were worn by team members and volunteers, most bearing Patrick's hockey jersey #16. 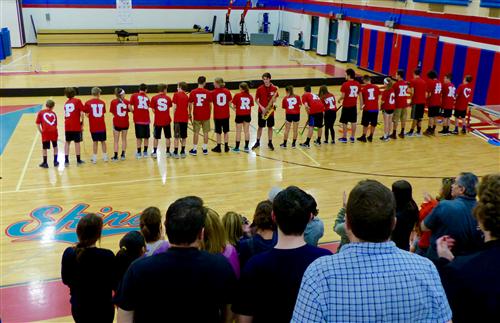 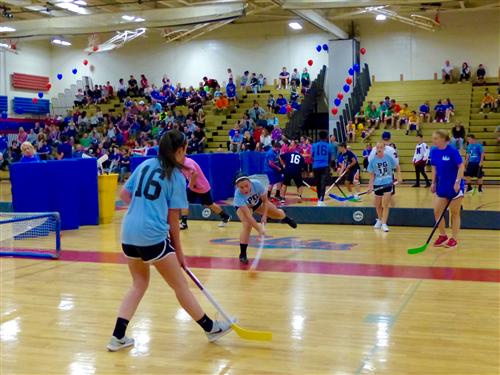 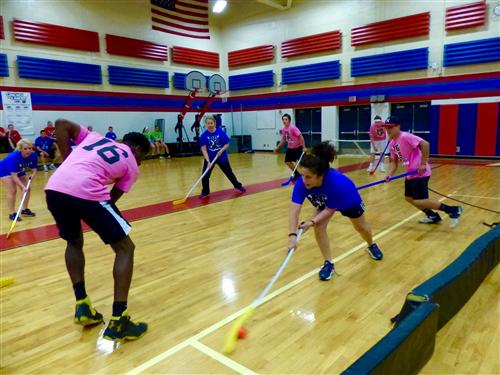 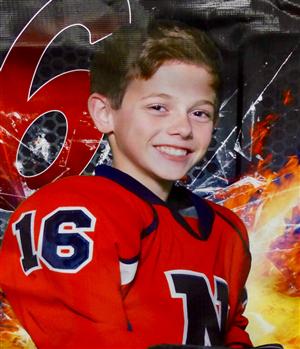