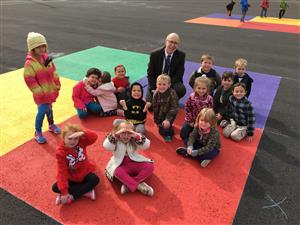 At their January 28, 2020 meeting, the Board of School Directors accepted the resignation of Superintendent Joseph Jones III, effective at the end of this school year (June 30, 2020) Mr. Jones had previously announced his decision in a letter to School Board members and a message to District staff. After 31 years as a school administrator in New Jersey and Pennsylvania, he plans to return to his roots as a classroom mathematics teacher, possibly in Philadelphia or elsewhere.

The Neshaminy Board of School Directors will commence a search for a new Superintendent.

At the meeting, Mr. Pirritano said of Superintendent Jones, "Mr. Jones has served the Neshaminy School District and Community with distinction. Joe came to Neshaminy during a transitional period and helped guide this District forward in not only educational improvement but also how we interact as a school community. While we were all surprised at his announcement, we wish Joe well in his future endeavors. We will always be grateful for his service and leadership."